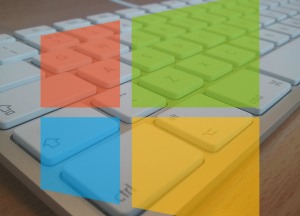 Apple Keyboard for Windows is a small utility improving the experience of using an Apple keyboard on Windows. Since I’m often switch back and forth between Mac and Windows, both on physical computers as well as virtual machines, the differences in keyboard layout and shortcuts has caused me some trouble over the years. Since I really appreciate the hardware in the Apple keyboard I have chosen to also use a dedicated Apple USB keyboard even for my physical Windows computer to keep the differences to a minimum.

This is a good start but only takes me half the way. The combination of Windows OS and Apple keyboard layout isn’t always that good. This often this causes me a lot of headache as I rely heavily on keyboard shortcuts and my effectiveness depends how swift I am with the keyboard. One major issue is all the Cmd + XX key combinations you are used to from OS X. Take “Copy” for example. On your Mac you would use Cmd + C to copy some text while on Windows you have to use Ctrl + C instead. And if you are like me and rely heavily on keyboard shortcuts you tend to use these shortcuts without thinking, they just happens. And in this case these shortcuts won’t work and this becomes annoying and effectively a real productivity killer.

So I’ve put together a small utility (actually a compiled AutoHotKey script) to enable a lot of these shortcuts. Below you find the basic features of AKfoW:

Unfortunately I haven’t found a solid replacement for Alt + Tab (which still causing some frustration for me).

There is also a HyperDock kind-of special key-combo (both to mimic the same behavior as HyperDock on Mac but also to make up for the Cmd + Left/Right Arrow being mapped as Home/End instead of it’s default Windows behavior).

This script also enables the media keys (previous track, play/pause, next track and volume buttons). Use the Cmd key + any of the F7-F12 keys to control media playback. And unlike AWK (see below) these media keys works with all applications, like Spotify, and not only iTunes.

The easiest method is to download the binary from the project page. Simply run this application and the new keyboard shortcuts will be in effect. If you want it to auto-start with Windows (which I suppose you would) you need to create a shortcut in your Start Menu/Startup folder.

Should you prefer to run the script instead, for example if you need to customize the behavior, you first need to download and install AutoHotKey. Then download the script from GitHub. Now you can fire up this script using AHK.

Special note if your are running AppleWirelessKeyboard

There is a neat tool that will fix some of the Apple keyboard specific features that is called Apple Wireless Keyboard (AKW) by UX Soft. And despite it’s name it actually works on the wired USB keyboard as well (however with limited set of features).

In Function Keys mode, you can still access the media keys through F7-12 keys using the Cmd modifier if you use AKfoW with AKW – best of both worlds.